Lush vegetation evolves at those locations where the soil is deep enough to store significant amounts of rainwater such as in small wadi beds. Soils of the Negev are highly fertile and can sustain 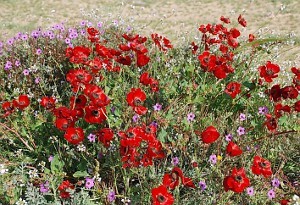 plant life during prologend periods of drought. Evolution has provided these desert plants with a multitude of adaptation mechanism which can be observed all year round. Carpets of flowerswildflowers1 are visible during the small spring season. Some seeds germinate and root in a matter of minutes to escape drought when the surface soil becomes quickly dry. Many plants turn down their metabolism and possibly become dormant when the desert becomes hot and dry. Bushes may contain astonishing small amounts of water as low as 2 percent during hot summers and nevertheless survive. Dew is an important source of water for lichens which can be found almost everywhere in the Negev. Some plants can survive the summer heat, but need sufficient water. This is the case with old wadi trees or palms which can be found in desert oases.

The Negev has a rich animal life. One of the first animals a visitor might encounter is the ibex which effortlessly climbs and jumbs in the rocky and steep terrain which is also inhabitated by voltures. They fly elegantly in the hot air which upwells from the heated desert surfaces during late afternoons. Lizards, heated by the sun, move at incredible speeds which is also true for ants which are always busy with collecting plant materials for their nests. 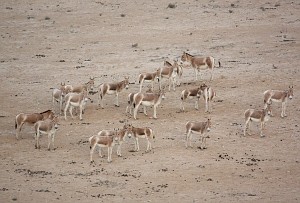 Desert snails can be found almost everywhere and are well adapted to drought conditions. Some animals are shy such as onagers1foxes, hyenas, jackals or wolfes. Snakes and scorpions shelter beneath stones or in the soil to escape the desert heat. Some animals are close to extinction and must therefore be
presevered. The leopard I encountered was one of nine which are known to live in South Israel. Another example is the onager which is a little larger than a donkey. Onagers are notoriously untameable and difficult to observe.

Wildlife features are often included in my tours through the Negev. 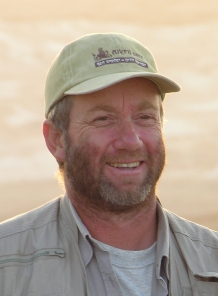